If you kept up with this years world cup, then you probably saw what I saw, which was migrants running rampant. If they weren’t kicking a ball then they would have been running away from ICE.

One of the most popular footballers Cristiano Ronaldo is a migrant who was born in Portugal yet he has found success in England and Spain. Now he has just announced he has signed to Juventus, so he will probably find success in Italy.

Perhaps, someone should tell Trump migrants are the key to establishing America as a force in world football.

“We have managed to bring together different cultures, different talents, different ideologies and they help us to play really good football,” Petkovic told a news conference.

Whilst most of use were busy watching our nations, the politicians were busy discussing how to sort out Europe’s migration problem. Some are pushing to tighten Europe’s borders, or close them to migrants altogether. One irony these politicians and some fans have forgotten is that some of the players wearing their nation’s flag weren’t even born there, if not them, their parents were born elsewhere.

According to the World Economic Forum ‘one in ten players in the World Cup were born outside of their country. There are 1,032 players involved in the tournament. Of those, 98 were born beyond the borders of the country they are representing’. 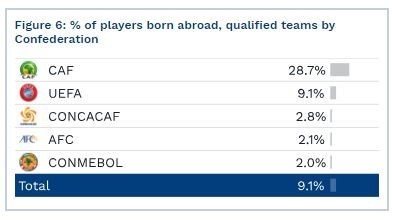 When we look at regional football associations, The Confederation of African Football (CAF) has the highest proportion of players born abroad, and UEFA – the European Association – has the next highest at 9.1%. 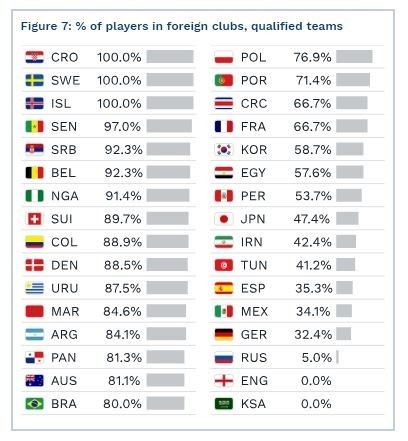 The problem seems to be when migrants are on the pitch, they are considered part of a nation but this sentiment is dependent on how well they perform.

Swedish midfielder Jimmy Durmaz learnt this the hard way after he became the subject of racist abuse on social media after he gave away the free-kick that led to Germany’s win.

Durmaz, who was born in Sweden to Assyrian parents, said that critics had “passed the limits” of acceptable criticism:

“When someone threatens me, when they call me darkie, bloody Arab, terrorist, Taliban … then that limit has been passed. And what is even worse, when they go after my family and my children and threaten them … who the hell does that kind of thing?”

The next world cup will be more diverse than this one, hopefully in four years the world will see how great migrants are not only to sporting achievements but to economies, education and culture.