Skip to content
Loading...
Exclusive
Lambo V12 Vision Gran Turismo Has Been Unveiled.
Walk-through Rafael Nadal’s New Yacht.
This Company Is Opening An Underwater Restaurant.
Watch of the week: Rolex Yacht-Master 42 .
Waking Up In Marrakesh Is Dream!
Most Expensive

Is it a bird? Is it a plane? No. It’s the world’s first hybrid airship! 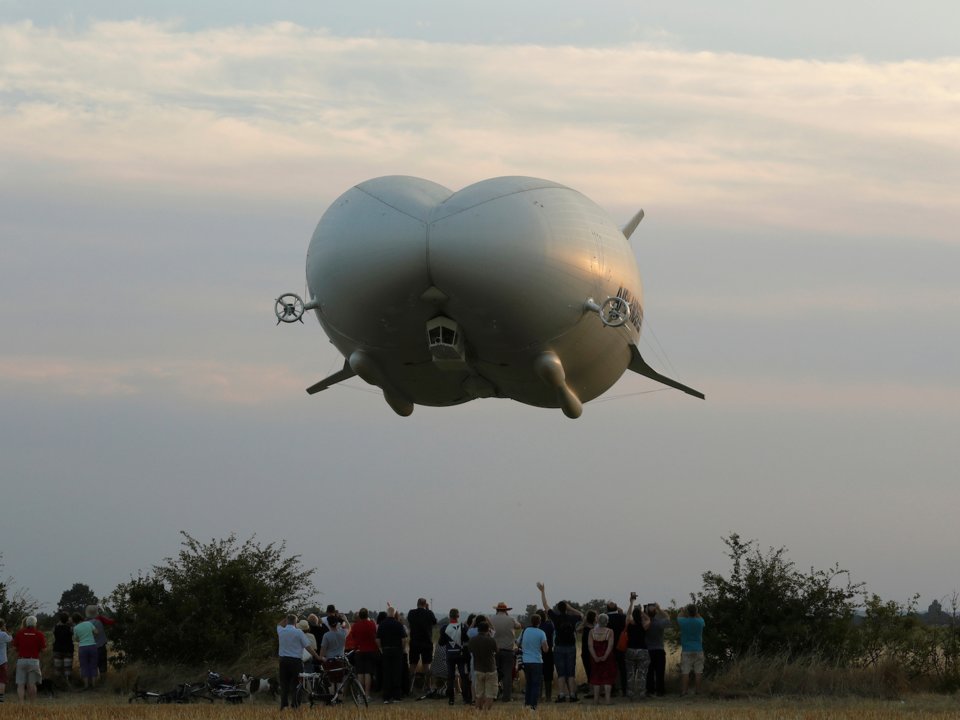 The world’s largest aircraft unveiled plans for its interiors at Farnborough Airshow last week — and they look stunning. 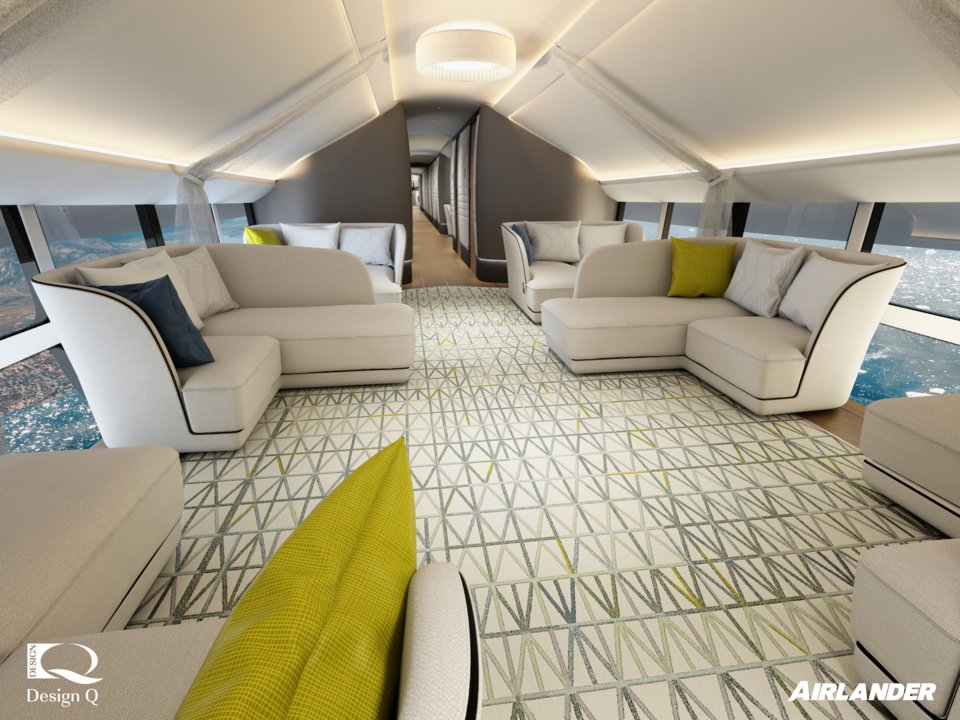 Nicknamed ‘The Flying Bum’ because of its bottom-esque exterior design. Airlander 10 is part-plane, part-airship, part-helicopter, built by Hybrid Air Vehicles (HAV).

At £25 million($33 million) this airship has similar prices to other private jets but at  302 feet long, which makes it 60 feet longer than the largest passenger plane, the Airbus A380, which spans 240 feet.

HAV plan for the airship to be used for three-day excursions, taking up to 19 passengers on a luxury trip.

The interiors were developed in collaboration with Design Q, a UK-based design consultancy.

Airlander 10 has ten luxurious bedrooms, you can get a drink at the “Altitude Bar” and there is a spacious lounge to take a breather. 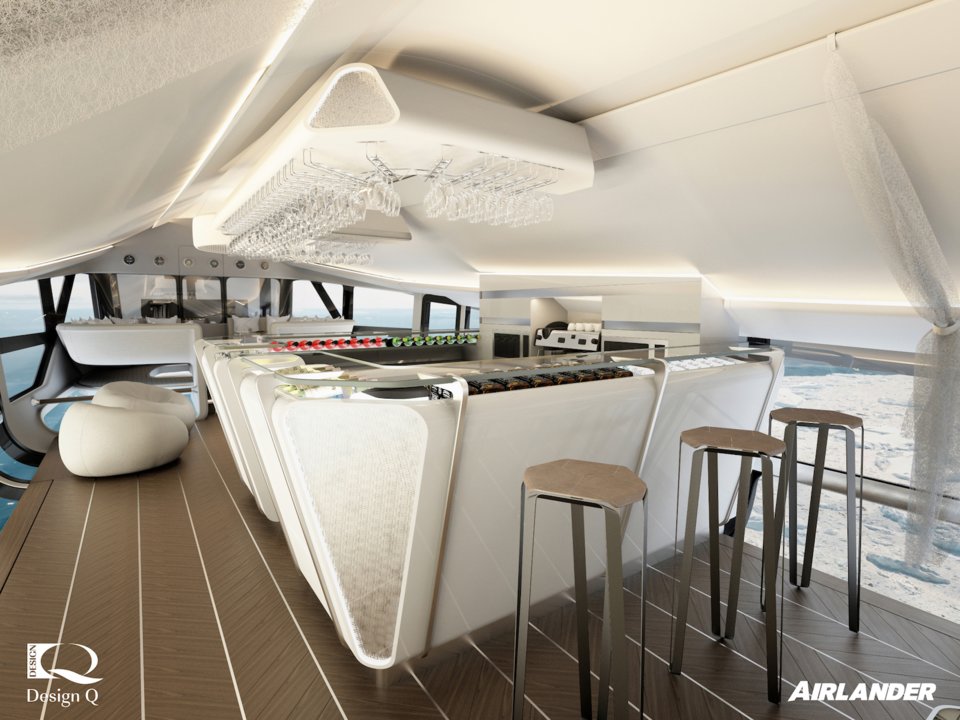 The magnum opus of the ship is the glass-floor ceiling which gives you one of the best views up in cloud-nine. 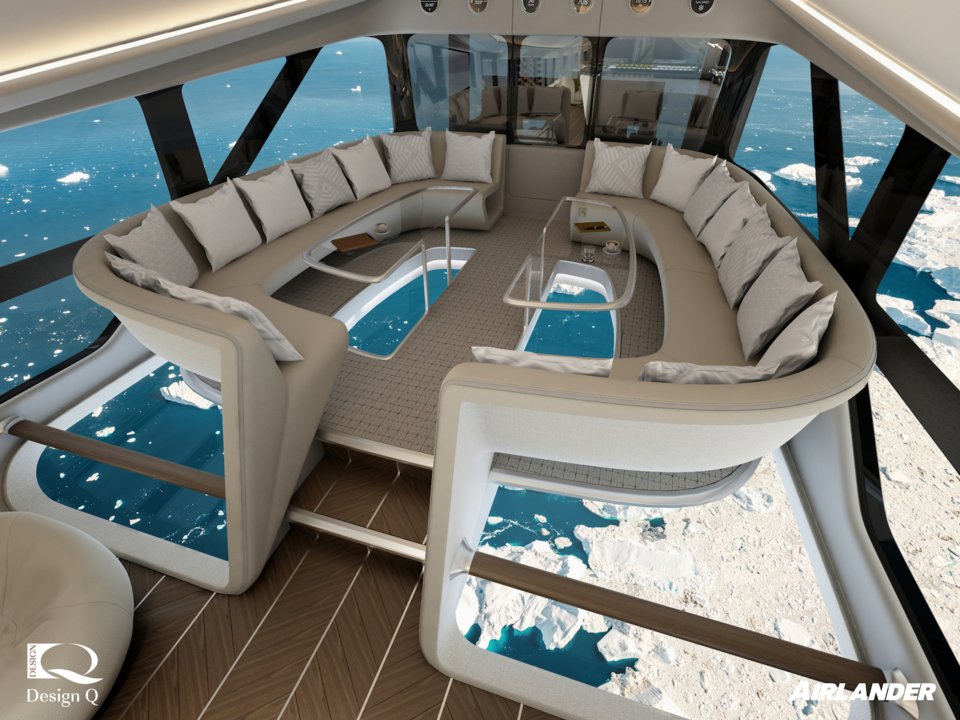 The Airlander 10 is not another mode of transport to get from A to B, it’s a renewal of the joy of flying. 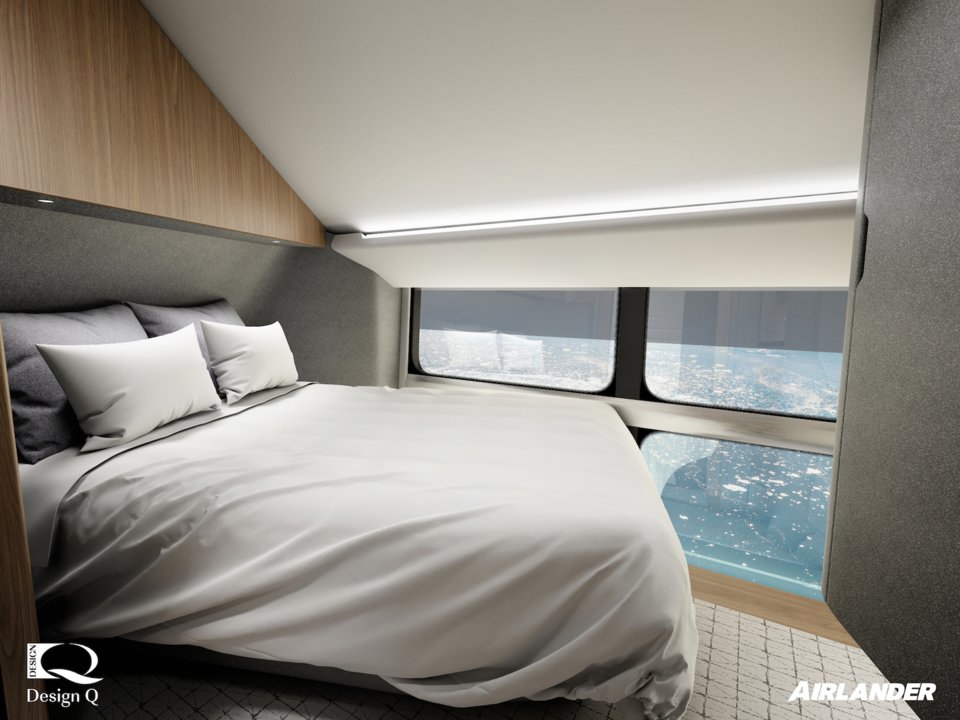 Stephen McGlennan, CEO of HAV, said in a press release: “Airlander challenges people to rethink the skies – that’s the driving force behind everything we do.

“Air travel has become very much about getting from A to B as quickly as possible. What we’re offering is a way of making the journey a joy.”