Well that’s what I said as well before I saw this offering from Bell & Ross. After all, how many other transparent crystal-cased watches do you know of? Let alone one that houses a hugely desirable tourbillon movement? 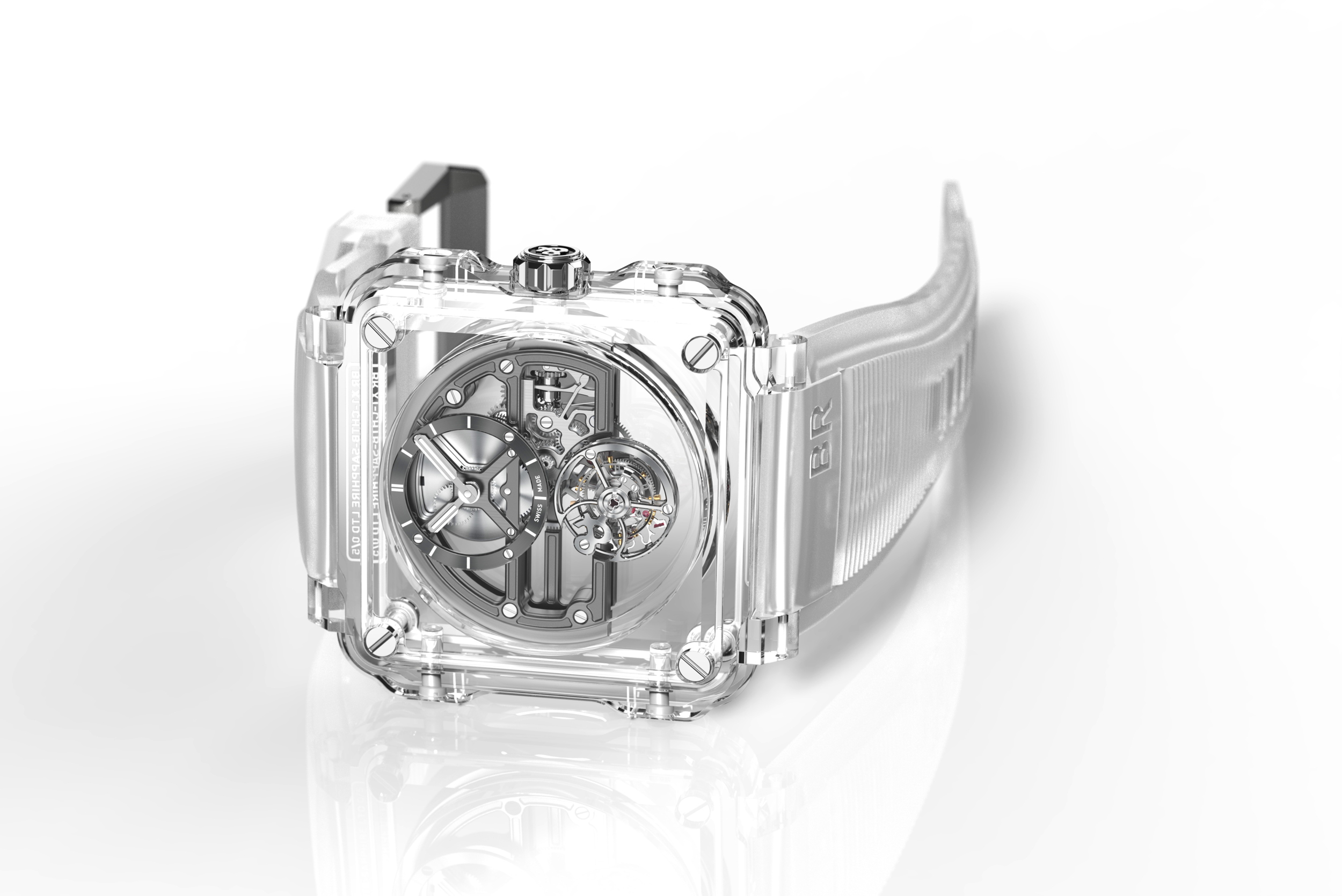 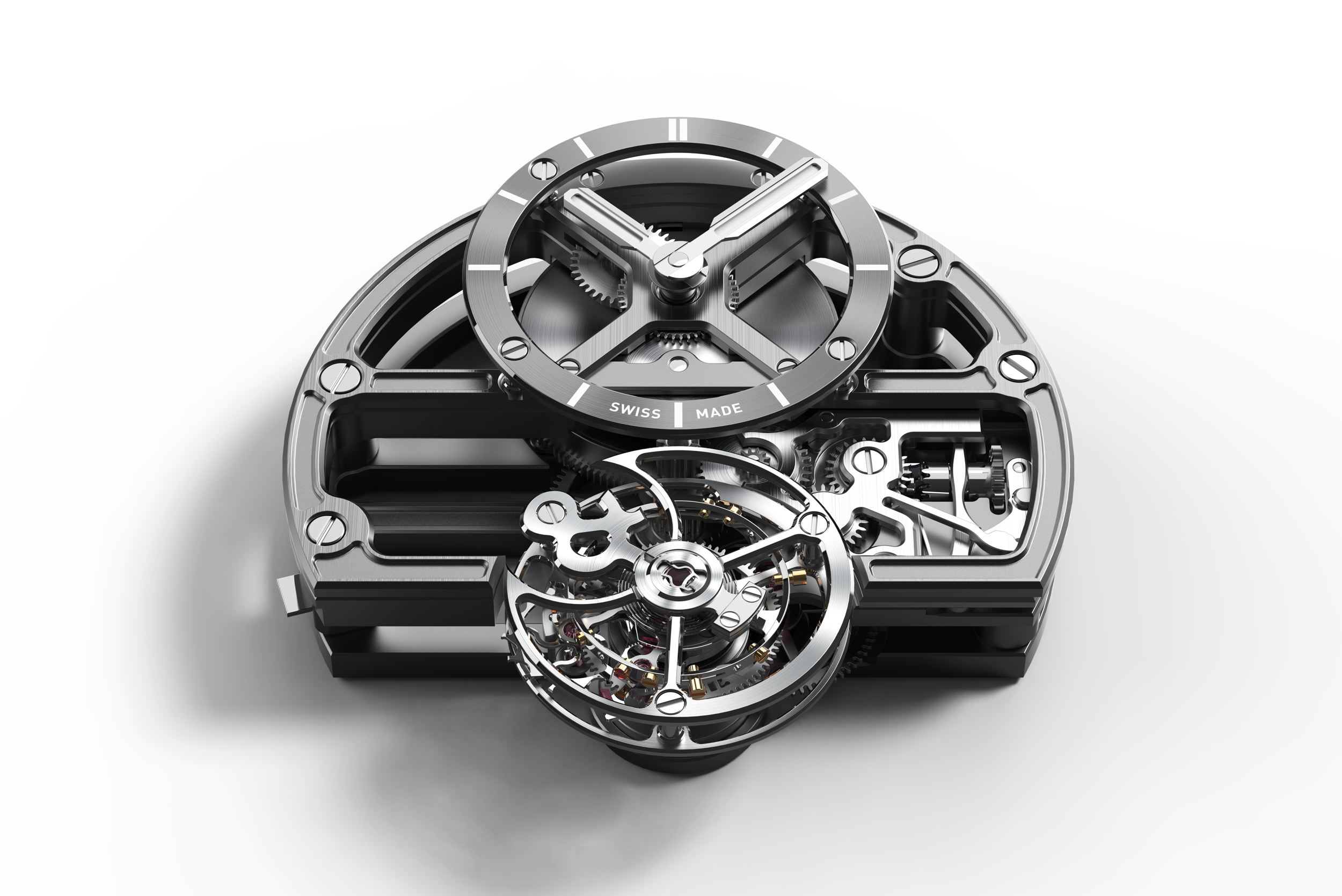 The BR-X1’s hour counter has been repositioned off-centre and above the barrel, this releases the tourbillon movement’s cage, which reveal the inner working of the timepiece.

The BR-X1 Skeleton Tourbillon Sapphire has a very minimalist aesthetic, but the way the skeleton float inside the Sapphire casing is almost effortless. 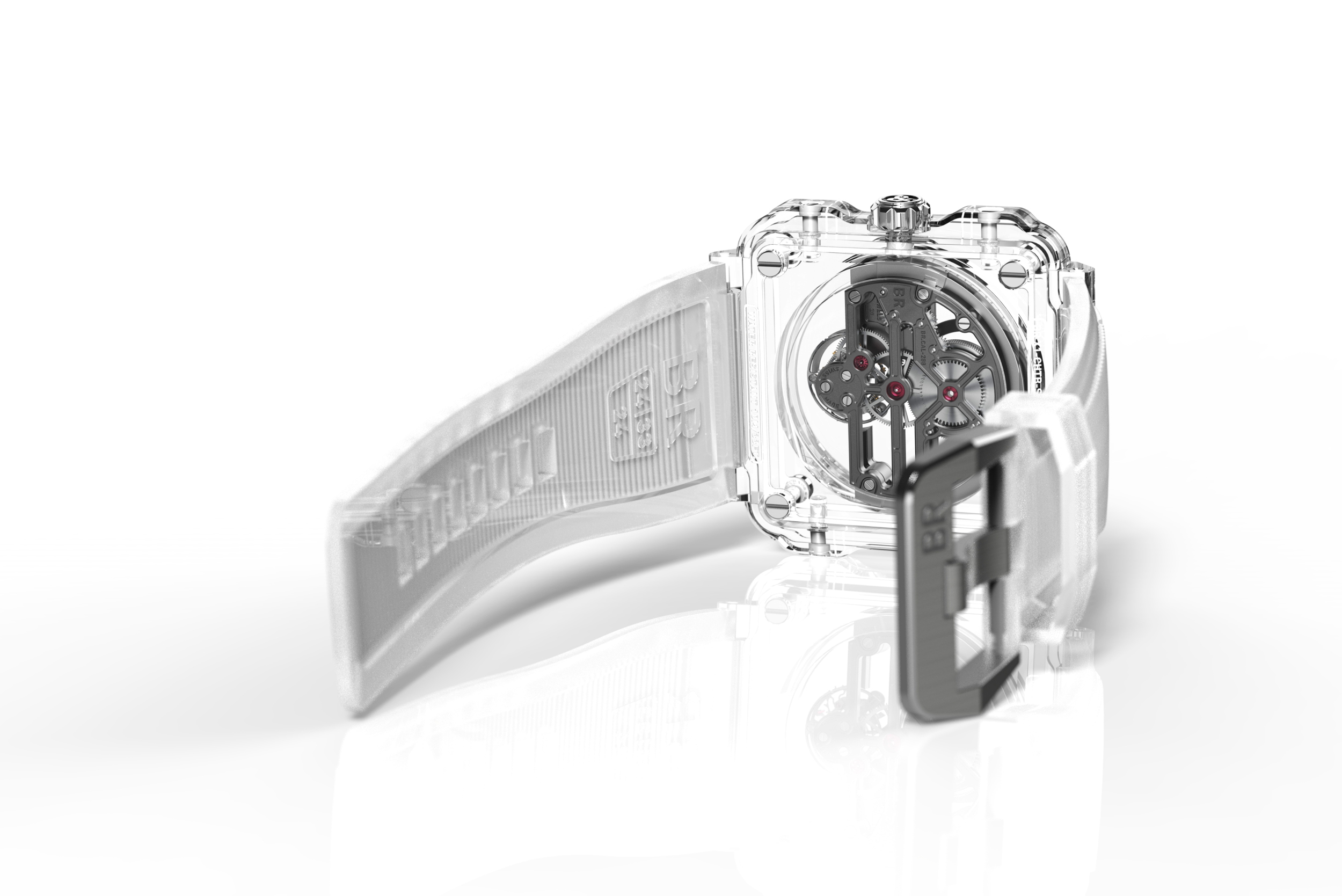 This won’t be you everyday go-to watch, it’s not a watch you would take on an adventure but you would be damned if this watch didn’t turn heads at any event you ear it to.