He was one of English football’s first black players and the British Army’s first ever black officer to command white troops.

Walter Tull has now been dead for a 100 years, yet the name still means nothing to most people. His powerful story has only been seeing the light because of the extraordinary work by historian and biographer Phil Vasili.

Tull served in the Footballers’ Battalion of the Middlesex Regiment, and fought in the Battle of the Somme in 1916. He was commissioned as a Second Lieutenant on 30 May 1917. Tull fought in Italy in 1917–18, and was mentioned in dispatches for “gallantry and coolness” while leading his company of 26 men on a raiding party into enemy territory.

Tull was the first black officer to lead troops. Sadly he meant his end in France, he was killed on 25th march during the Spring Offensive. His body was never recovered.

Campaigners have called for Tull to have a statue to be resurrected in his honour and to get a posthumous Military Cross.

Aside from being a military hero, Tully as also a football player.

At the age of 21 Tully signs for Tottenham Hotspur, which made him the third person of mixed heritage to play in the top flight of British football. He only made 10 appearances scoring twice before being dropped to the reserves. but this my have been because of the racial abuse he received when he played.

After his stint at Tottenham, he was bought by Northampton tow, for which he would make 11 appearances and scored nine goals.

Through his actions, Tull ridiculed the barriers of ignorance that tried to deny people of colour equality with their contemporaries. His life stands testament to a determination to confront those people and those obstacles that sought to diminish him and the world in which he lived. It reveals a man, though rendered breathless in his prime, whose strong heart still beats loudly.

A lasting memorial and remembrance garden in the shadow of Northampton Town’s stadium also remembers the life of one of Britain’s most unknown and under-appreciated heroes. 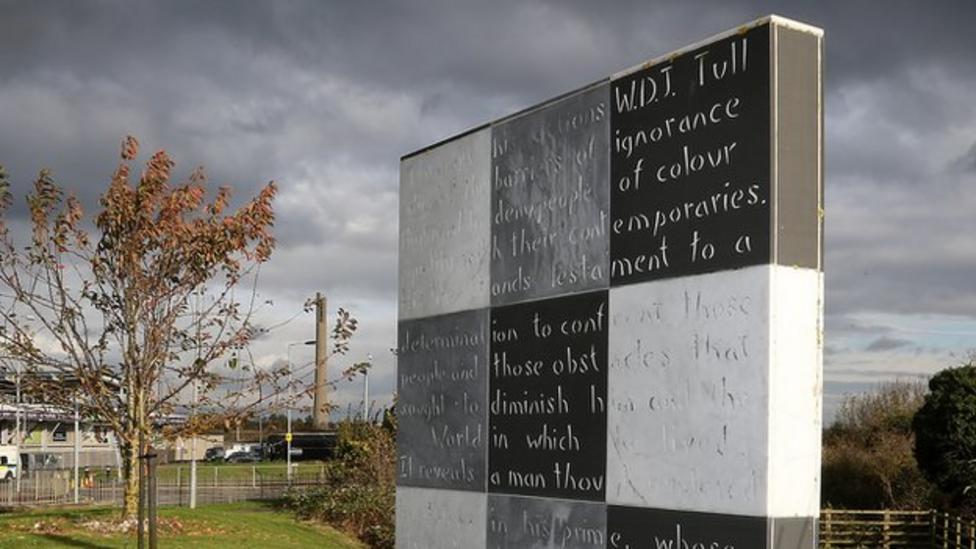