According to Pangolin Gallery:

At the core of George Taylor’s work lies her ongoing investigation into the state of Nirvana reached through the connection of ‘the little death’ of sexual orgasm, or through the act of dying itself. This fleeting moment has been the focus of her spiritual and artistic activity and her elaborate and labour intensive works glisten with sensuality and iridescent beauty. 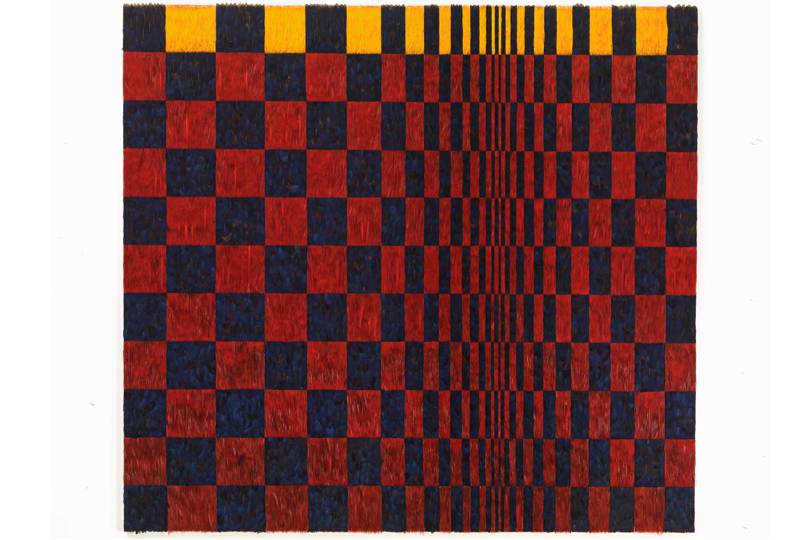 George Taylor grew up  in rural  Gloucestershire, like many who grow up on farms, she witnessed first hand the cycle of life.  Nature has been the 44-year-old artist’s primary muse ever since. Taylor’s work uses things like exotic feathers and animal skins to create amazing optical illusions. The feathers are used to the same way they were used between 300 and 600 AD in Andean death shrouds rituals. The feathers are meant to be symbolic of a connection with the gods. 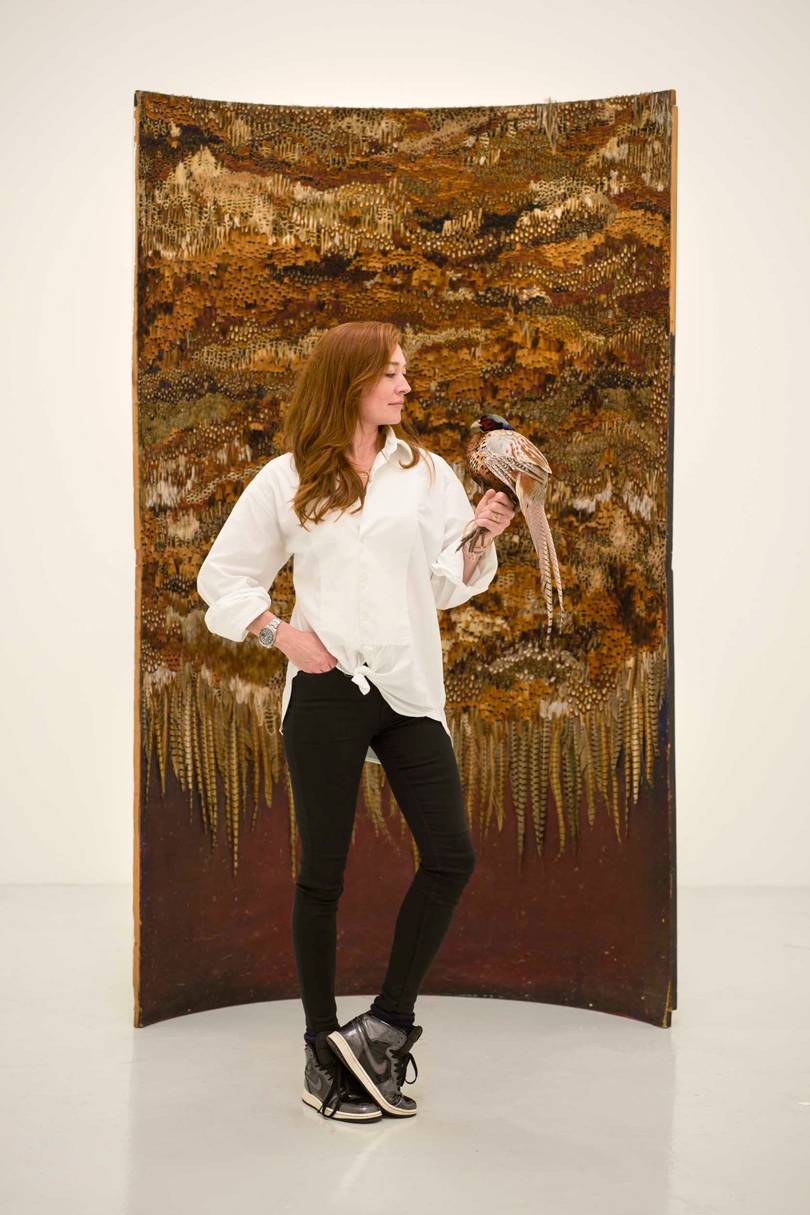 She has said of her work: “Donald Judd meets Meret Oppenheim”

Next month, Taylor whose work is being displayed in the Groucho club will be launching her first major solo exhibition in London since 2008, showing signature works of vibrant colour inspired by ritualistic Andean artifacts. 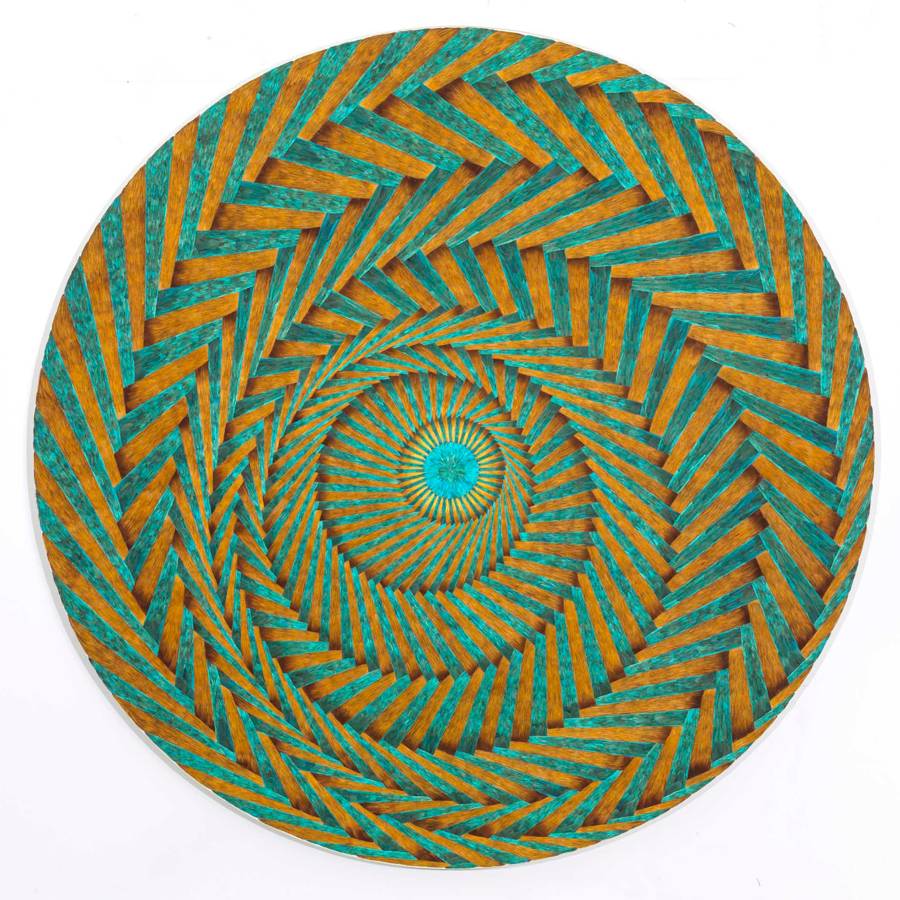 Her pieces will focus on her ongoing investigation into the state of Nirvana reached through the connection of ‘the little death’ of sexual orgasm or through the act of dying itself.  You can expect to see a  seven foot composition of cockerel and crow feathers entitled, “A Beast in Me 2017”, and the debut of film “Innocent Potency”. The film features a sexually charged pillowfight and images of Cuban cockfighting rituals.