On Nov. 4, 1908, Richard Gerstl stripped, stuck his head in a noose and stabbed himself in the chest while he hanged himself.

He was only 25 and had just been left by his lover, the wife of composer Arnold Schoenberg, who had recently caught them in the act.

His story would’ve ended there had Gerstl not been a talented painter, when his paintings were removed from storage, where his scandalized family had placed them. He was hailed as the Austrian Van Gough.

Fourty of his paintings will make up “Richard Gerstl” at the Neue Galerie, the first American museum to give the tormented expressionist his spotlight.

The works will be arranged in chronological order beginning with Old Master-ly portrait he painted at 15 and the nude self-portrait he made ten years later, right before his death.

His paintings seem to show just how far ahead of them he was, at least as far as Expressionism’s concerned.

“Nobody ever smiles in his portraits,” notes curator Jill Lloyd.  This is true for the aptly titled “Self-Portrait, Laughing,” Gerstl seems more manic than he does amused. 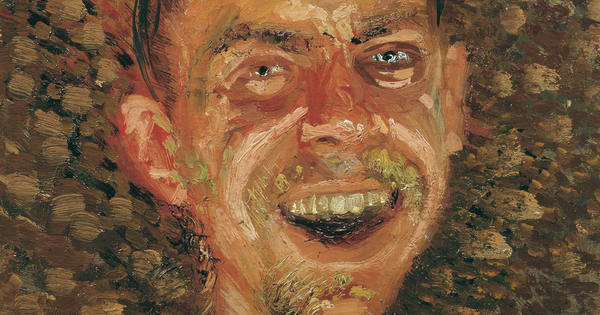