Recently, Suits star Meghan Markle  has been in the news because of her widely publicised relationship with British Royal, Prince Harry. Meghan Markle is mixed race, and self identifies as such: “My dad is Caucasian and my mom is African American. …I have come to embrace [it, and] to say who I am, to share where I’m from, to voice my pride in being a strong, confident mixed-race woman.”

This has led many to wonder, if she and Prince Harry were to marry would she be the first woman of African-American descent to join the British Royal Family?

However, if this was to happen, Markle would not be the first person with African origins to be part of a European monarchy. This has already been achieved by Princess Angela of Liechtenstein (née Angela Gisela Brown). Princess Angela was born and raised in Borcas Del Toro, Panama.

After graduating she worked for famous designers Adrienne Vittadini, and started her own label, A. Brown, before marrying Prince Maximilian. The marriage was groundbreaking, bringing a person of Afro-Panamanian descent, into one of the few remaining European monarchies.  The marriage was given royal consent, and was widely supported by many in the Lichtenstein royal family. However, it was reported some members of the family thought it was ‘the end of an era’.

The couple have a biracial son, Prince Alfons Constantin Maria of Liechtenstein, he is in line for the succession of the throne. 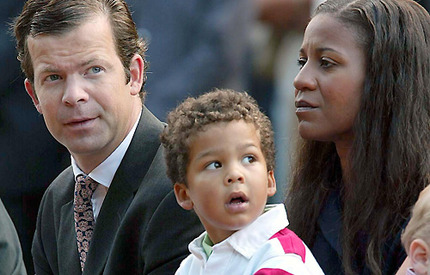 The World’s Most Slender Skyscraper.

Watch of The Week: Medusa Clock by MB&F x L’Epee.