Barack Obama has been letting his hair down ever since he left the white house; he has just returned from his extended holiday. It seems that Obama is the only person who is happy he isn’t president anymore,  as you can see from his vacation snaps, he’s been doing nothing apart from living the good life.

Now Obama is free from all his political consultants, he no longer has to suppress his inner style god by dressing like a dorky dad. Obama started of his return to the spotlight in style, he looked dapper in a tuxedo when he received his  “Profiles in Courage” award.

However, yesterday he pushed the limits of his post presidency relaxed style, he turned up at Seed & Chips: The Global Food Innovation Summit in Italy in the most casual of business-casual outfits. The former Commander-in-Chief didn’t just have one button undone, he had two, revealing a whole lot of chest. We love Obama but he is pushing it here! Gentleman code dictates that when one wears a suit without a tie, it is acceptable to have one button undone, provided a stiff collar shirt is being worn. But regardless of what you may see on Instagram two buttons undone is a style sin that should be avoided like the plague. 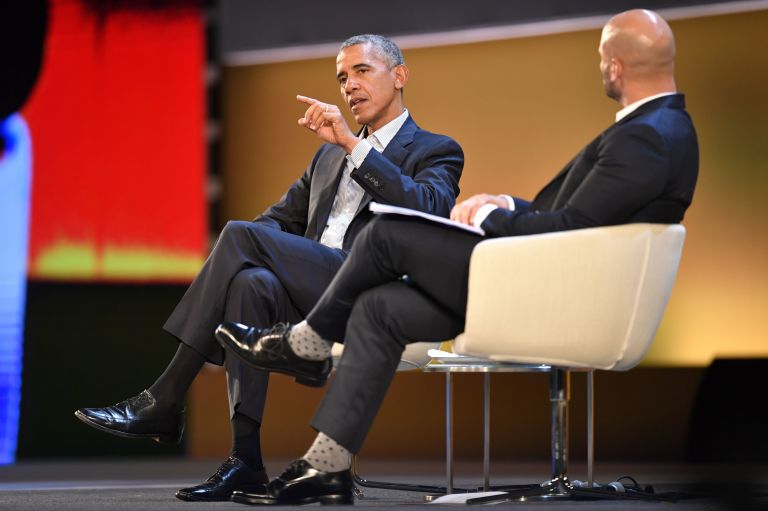 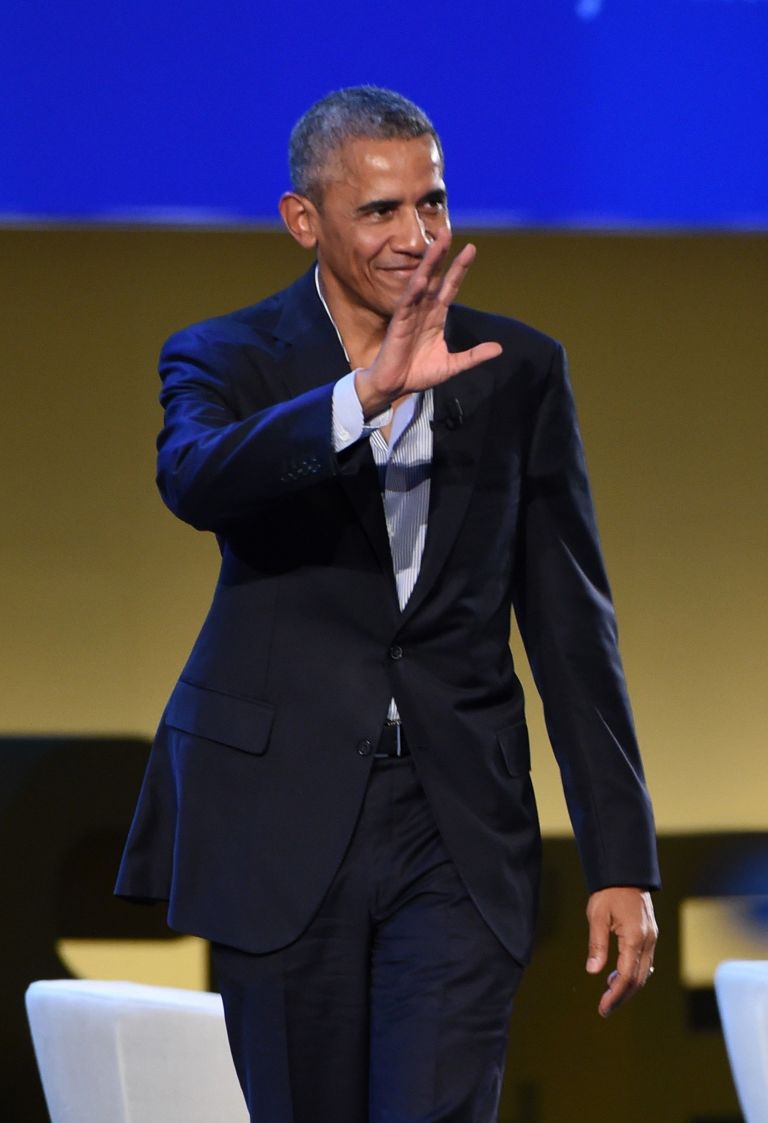 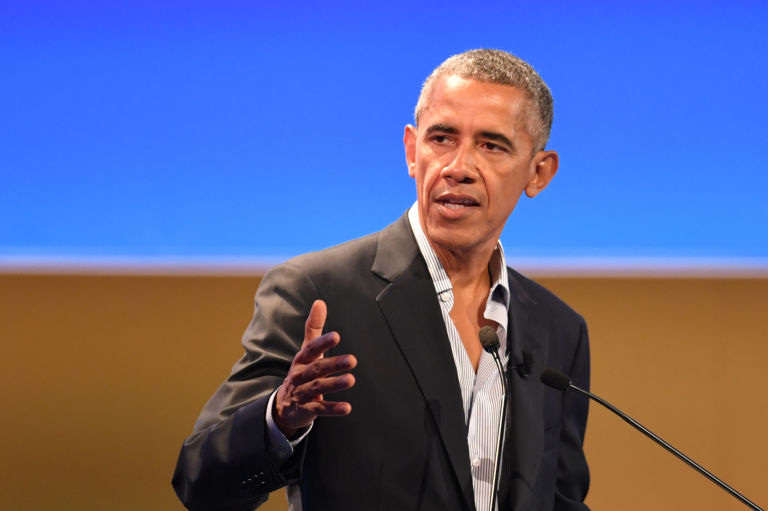 Maybe Obama more relaxed life is getting to him, being paid $400,000 to speak to a bunch of bankers, a lucrative book deal and generally just being awesome may lead you to forget some unwritten rule about men fashion. Barney would be disappointed.